How the industry moved forwards at Midem

From bots to data processing and artist engagement to AI, midemblog's ambassadors, from PIAS, Netflix, Unicum Music and TheLynk, resume a future-focused edition
By Mayoury Vongsalat on June 28, 2017 0 Comments
38
38
Shares

How are new technologies shaping the music industry’s present and future? We asked three of midemblog’s 2017 ambassadors to share their top trends from Midem 2017.

“One interesting panel I attended was named “Messaging, Bots And Ai’s Music Evolution In 2017” and featured some of the leading platforms for messenger bots. The most salient point I took away was not about the tech itself, but the way that it should be applied. The panel suggested that people should not be afraid of the term “bot”. They should think of it as just another form of communication/messaging, and build a content strategy in a similar way you would with a social network. Engage fans and drive traffic where and when you can to something that fans want. There are creatives uses to the technology, but the first and foremost is enticing, engaging and motivating your fanbase“.

“Throughout the AIM-hosted panel “How Indie Labels Cut Through The Noise”, there was a concentration on the importance of the artist being a part of the full process, from inception through creation and marketing. In this age of media consumption, where the direct to fan engagement is crucial to growing a fanbase, artist input has to be key for the fans to become and remain enticed. Consistency and connectivity appear to be the keen attributes here”.

Biles (left in the above photo, with fellow midemblog ambassador Hospital Records’ Romy Harber), also took away key learnings from the “Best Practices In Digital Marketing” panel, mainly focusing on streaming platforms and the strategy there:

“The main point I took away was that of streaming analytics and where your focus should be. We all see spikes in data, but in terms of progression and revenue from streaming you don’t just want spikes – often from playlist adds – what you really want to build over time is the baseline of listeners because that means you’re building a strong and consistent fan base. This will give you the bases to build a relationship between artist and fan and ideally earn revenue from those fans in other areas outside of streaming”.

“Collecting societies are consolidating and are upping their game on data processing (e.g. Urights, the new platform created by SACEM & IBM). I also noticed an increased presence at Midem this year of technical service providers who help collecting societies with their data.”

Big 🙏 for the 8 European disruptive Music Startups that took the #MusicMovesEurope stage today to pitch their vision @europe_creative #midem pic.twitter.com/CXlHc8rXcm

GET MUSIC TRENDS IN YOUR INBOX

Yvan Boudillet, Founder of TheLynk, who accompanied the 8 startups present on the European Commission’s Music Moves Europe stand (above), was impressed by the fresh perspectives for the music industry demonstrated at Midem:

“Talking about the Industry as an ecosystem, it is remarkable to see Music Moves Europe and the Open Music Initiative explore in different ways how to contribute to build a sustainable and dynamic framework for the music industry moving foward. I personally hope that we will be soon able collectively to move from a Value Gap to a Value Chain discussion”.

Boudillet was also enthusiastic about the use of new technologies in the music industry:

“The future is getting closer, and next Midem might be a forum for the key players involved in the transformation of the Industry around topics like artificial intelligence, enhanced creativity with AR/VR or transparency with Blockchain that will be soon part of the new normal”. 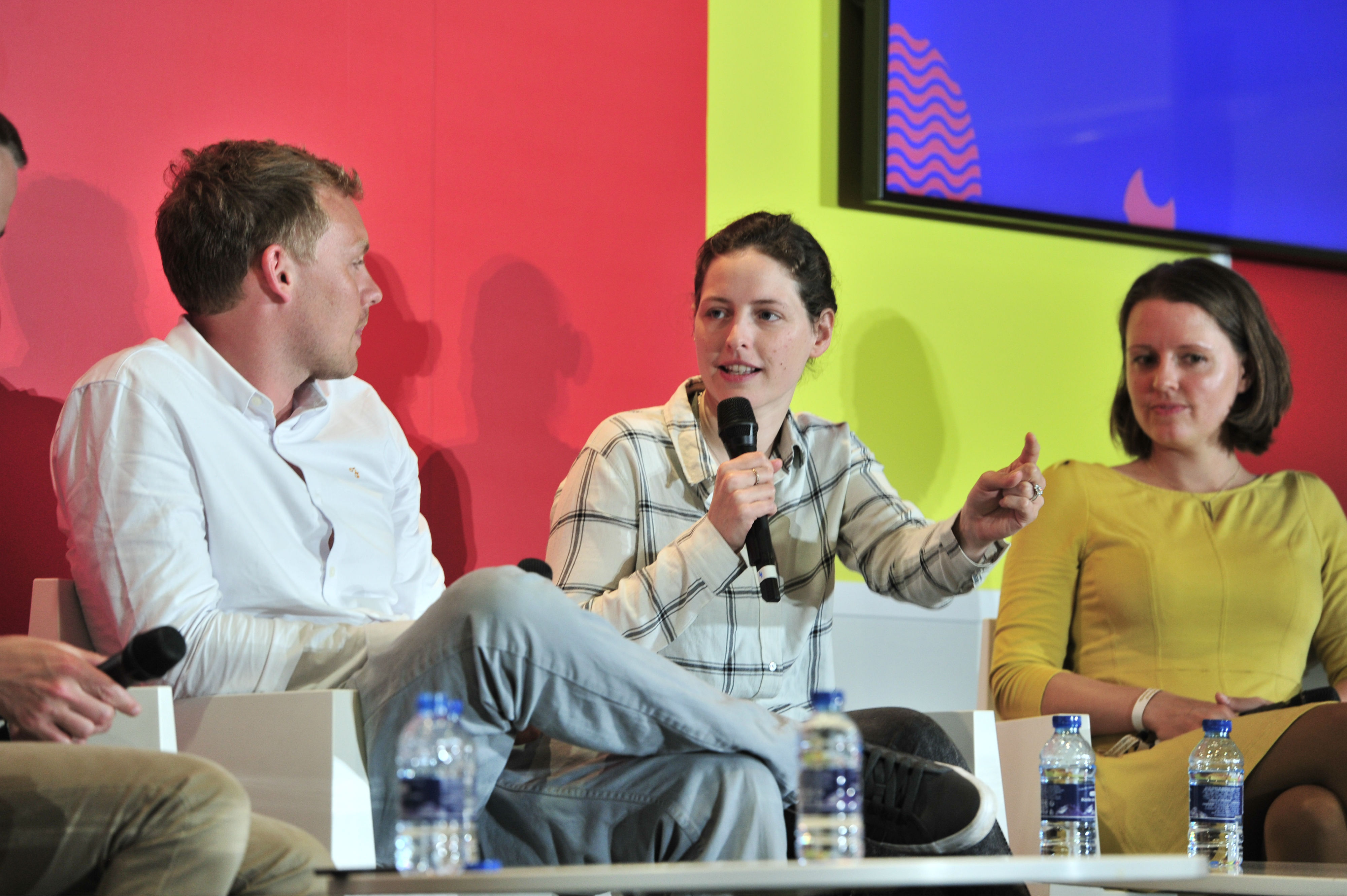 – Africa is here to stay: “the two panels on the African music scene (“Afrobeats goes global” and “African Music Business : myths, realities, opportunities”) were fascinating. With all that is going on on the continent, some majors even opening offices locally, it’s important that the artists and players at the forefront get the recognition and support they deserve. I hope there will be more next year at Midem, of all places, it’s really the internation music business conference where it makes most sense to focus Africa.”

– Music and Tech joining hands to make a difference for education, rather than just the simplification of music consumption: “Midemlab celebrated its 10th anniversary, notably featuring a “Music Creation and Education” category. It is notable that 3 out of the 5 finalists were apps or platforms dedicated to kids learning music or to the sound of music (Uberchord, Skoog Music and StudyTracks – the last one being my personal favourite).”

– The power of AI: “it was fantastic to see so many panels delve deep into making the most of artificial intelligence (AI), VR and all kinds of emerging technologies through a pragmatic approach on a daily basis. As we discussed on the “Midem Global Wrap” panel, the question now, especially with AI for music composition, is why do artists create? Why would people ask a human to compose rather than a machine? And how we can ensure AI stays a tool and an opportunity? And not the means through which artists worldwide are looked over in the name of cost and time efficiency.”

Thanks to all of our 2017 midemblog ambassadors — who also included Hospital Records’ Romy Harber, Mom+Pop Music’s Thaddeus Rudd, Whitesmith Entertainment’s Emily White & Warp Records’ Grant Bussinger — you were great! See you next year.

Catch up on all of the above-mentioned conference sessions on YouTube here; and check out all of our 2017 midemblog ambassadors’ fantastic posts here 🙂